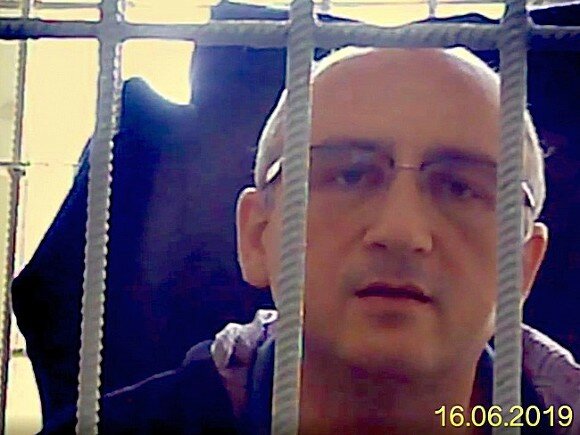 From Magnitsky to Karamzin

The emerging warming of the relations between Russia and the West can be stopped by new explosive scandal in the human rights industry.

The maxim that the history repeats itself can be confirmed again in the nearest future. Though, we wish some events could have been avoided as they negatively affected the destinies of millions of people. In particular, this could be said about the case of Russian lawyer Sergey Magnitsky whose death in Moscow remand centre lead to a chain of events resulted in “cold war” between Russia and the West, appearance of strict sanctions regime in trade with other countries, from which all the population of Russia suffers one way or another.

It is worth reminding that Heritage Capital’s lawyer Sergey Magnitsky died in Moscow remand centre in November 2009. His relatives and colleagues consider he was illegally accused in tax avoidance and tortured in the jail. In 2012, the USA adopted the Magnitsky law envisaging sanctions in respect of about 40 Russian officials connected with abuse of human rights. The USA prohibited issuance of visas and froze their assets.

After Magnitsky’s death his ex-Manager, head of Hermitage Capital William Browder started international campaign for the adoption of “Magnitsky Acts” around the world. In December 2015, American Senate extended the effect of the law and now citizens of any country and not only Russia could get into the “Magnitsky list”. Since then, many countries followed the USA example and adopted their “Magnitsky’s acts”. During spring 2019, the European Parliament discussed a draft law similar to American “Magnitsky act” and assuming sanctions in situations related to the abuse of human rights. Possibility of imposition of EU sanctions for the abuse of human rights is considered by the EC.

The sanctions war commenced after the adoption of the first “Magnitsky act” between Russia and the West actually resulted in abrupt slowdown of Russian economy because much more unpleasant consequences hid under the propaganda TV spots with bulldozers smashing illegal products – limitations for leading domestic companies to access western markets, high technologies and dual-use items, high-technology equipment, “long money” in leading foreign banks. All this affected the Russian currency exchange rate and business climate in the country, inward investments and development of domestic production. And on the price tags in shops which is clearer to ordinary citizens.

Meanwhile, 2019 brought hopes for normalisation of relations of Russia with western countries. 2-year investigation of Special Prosecutor Robert Mueller on the Russian interference into the US Presidential elections in 2016 identified no direct evidences of relations of Donald Trump’s office with Russian power. After this, the draft law of Congressmen on sanctions against Russia for interference into the elections was put into a cold storage. It envisages limitations against a number of Russian banks – Sberbank, VTB, Gazprombank, Vneshekonombank and Rosselkhozbank as well as the ban for American investors to buy new Russian debt and securities. The initiative prohibits American companies to place “new investments” into Russian power sector and oil and gas industry in the first place.

Besides, during June session of Parliamentary Assembly of the Council of Europe the rights of Russian delegation were re-established in full regardless the demarche of Ukrainian delegation. And newly elected Ukrainian President Vladimir Zelensky made a few statements on his readiness to negotiations with Russia on the situation in Donbass, that was welcomed by western leaders and French President Emmanuel Macron in particular. In brief, extremely difficult international situation for Russia and the Kremlin head before notorious transfer of power in 2024 started to cool down slowly.

However, new trends are too fragile and any resonant event associated e.g. with the abuse of human rights – which Russia always had problems with – can destabilise the relations of Russia and the West entering “peaceful” stream. It looks like the Kremlin perfectly realises this as they promptly reacted on the scandal around the arrest of Meduza’s journalist Ivan Golunov by capital policemen performed as per “classic” scheme with forging the evidences of the reporter’s fault. Resume: the journalist is free, a few high-ranking police bosses are dismissed by the Order of the President of the Russian Federation, internal review is initiated in respect of their subordinates and they are discharged from the office.

However, the area of human rights has a number of other traps and pitfalls that can wreck the boat of improving relations between Russia and the West. One of such traps – according to the attention in mass media – is the case of lawyer Kantemir Karamzin. If we trust the mass media report – there are no grounds for not doing it as the authorised authorities are not deflating the presented facts – then Karamzin’s case with unfavourable development of this situation may become very similar, in the bad sense of word, to the case of his colleague Sergey Magnitsky. In both cases the lawyers got behind the bars for very doubtful accusations, their defender spoke about vested interests of the security officers – they both worked for prominent western business men. And, unfortunately, both of them may share common destiny, because mass media write on the possibility for violent death of the lawyer Karamzin in the remand centre. Read above what was the outcome of the Magnitsky case for Russia.

Assessing the prosecution’s arguments on the Karamzin’s case, mass media write on their absolute insolvency as the lawyer was taken into custody solely and exclusively on the grounds of the debtor, who did not want to return the lawyer USD200 thousand borrowed back in 2007. The proceedings commenced in 2013. Kantemir Karamzin won the case against the writer Oleg Blotsky at Cheremushkinsky court. This decision was confirmed by the Supreme Court, but in the course of enforcement proceedings the money had never been collected from Blotsky, i.e. by the sound of things he did not repay the debt to Karamzin. In 2014, Blotsky, in his turn, in order to receive compensation, initiated criminal case against Karamzin claiming that one of the loan agreements was forged. As “Versia” represents, the case happened to be so lame that it was thrown from one investigation department to another, it was initiated and suspended. Karamzin’s lawyers keep saying that there are no evidences on the case. After that, however, the lawyer was placed in detention and such severe pre-trial restriction as arrest was selected. As “Versia” assumes it looked like the prosecution needed any formal reason to throw Kantemir Karamzin into jail.

What is the lawyer Karamzin famous for and what could affect the result of investigation that has supposedly passed away? It is reported that Karamzin represented the interest of prominent Canadian entrepreneur Mark Richards, who has been investing into Russia for 27 years. In particular, Richards was a partner to Vladimir Kopelev – the owner of large construction company DSK-1.

As “Nezavisimaya gazeta” informs, short before arrest, Kantemir Karamzin won a number of cases against Kopelev totalling about 15 Billion Roubles – CHF241 million with interests accrued for the time of utilisation of Richards’ money considering inflation and modified market price of the company and affected the interests of other famous developer – the owner of FSK Lider – Vladimir Voronin. The lawyer is of the opinion that in order to not repay the creditors’ debts Kopelev and Voronin decided to take the enterprise apart and bankrupt it. In June 2016, they moved Kopelev’s assets abroad, transferred the AO DSK-1 shares to Voronin and legendary plant was split into five limited liability companies. Karamzin and Richards stopped splitting the enterprise through legal action. Activities on splitting AO DSK-1 and transferring the shares to Vladimir Voronin prior to bankruptcy deemed suspicious and were stopped, the shares were seized, the ex-Director of DSK-1 was declared bankrupt and his property was arrested.

It was after that when Moscow department of FSS broke into the situation. As “NG” informs, a representative of the service demanded from Karamzin to lose the case at the Moscow Arbitration Court, where he demanded to forbid Voronin and Kopelev to split AO DSK-1 into five small firms and sell the enterprise in small parts. Determinative sitting of Moscow Arbitration Court on the case of the Declaration of the Invalidity of the Deal on transferring the shares of AO DSK-1 to Vladimir Voronin was appointed on 10 April. The lawyer went to attend sitting and was arrested by FSS officers at the court entrance. As to Mark Richards, he promptly left Russia in 2019 fearing criminal indictment.

Meanwhile, the lawyer – same as Magnitsky at the appropriate time – stood his ground and submitted a letter to the President of the Russian Federation Vladimir Putin from the remand centre of Sergiev Posad, in which he blamed the management of Moscow Department of FSS in illegal actions. After which –if we trust the mass media reports – he approached the “matrix” of Sergey Magnitsky another step closer. As “Sobesednik.ru” informed, “the life of the lawyer Kantemir Karamzin, who appealed from the remand centre in Sergiev Posad to the President of the Russian Federation Vladimir Putin and told about large scale corruption among the heads of Moscow FSS, is under real threat. A recording of telephone conversation between the lawyer’s client – Canadian investor Mark Richards – and Swiss lawyer Martin Buchli representing the interests of the largest Moscow builders – the owners of AO DSK-1 Vladimir Kopelev and Vladimir Voronin is posted in social networks. It follows therefrom that they will do “terrible things” to the lawyer in the jail if he does not urgently waive the DSK-1 shares and sign necessary documents.

If the circumstances of the case – as Russian mass media lay them – are factually correct (no public refutation was provided by law enforcement authorities), then the finale of criminal indictment of lawyer Karamzin can be easily predicted. With all the consequences that come with it, including both at political field and on international stage. Nameplates in western newspapers can already be imagined: “Another lawyer in Russia fell victim to corruption regime”. This means good bye to the thawing of relations with the West and hello to new sanctions and accusations. Does the history repeat itself?