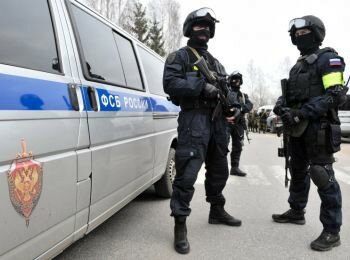 – I am forced to ask the President of the Russian Federation for help. Here they (FSS General Aleksey Dorofeev and immediate performer Sergey Natarov) are slowly killing me every day with no legal grounds… Unfortunately I am not fearless hero and am scared to openly give the names of almighty security officers, but I have no choice, – Nezavisimaya Gazeta transmits the lawyer’s letter.

Karamzin was taken into custody in Moscow on 10 April by the Russian FSS Department “M” officers. He was accused in fraudulent practices on the case on private 12-year old lawsuit with the biographer of the President of the Russian Federation Oleg Blotsky. In 2007, Karamzin lent him over $200,000. Prosecution is of the opinion that the signature on one of the loan agreements is forged, though the Cheremushkinsky court in Moscow acknowledged the lawyer as the winner.

The Court declared that Karamzin will stay in the remand centre until 27 July. The lawyer asserts that numerous breaches of the law had been allowed during the detention. All this has been reflected by Kantemir Karamzin’s lawyers in their appeal petitions.

The lawyer was tortured with hunger and sleep, they gave him no medicine, though he is suffering from diabetes mellitus. High ranking FSS officers took Karamzin to the remand centre. The best squadrons that are not always engaged in anti-terrorist operations, were engaged into the operation on detention of an ordinary lawyer.

Karamzin considers he pays back for his attempts to affect the financial interests of FSS General Aleksey Dorofeev. The latter was number of times mentioned in mass media in corruption scandals. The lawyer asserts that Dorofeev is the participant to commercial scheme, where the management of developing companies – Vladimir Voronin (FSK Lider) and Vladimir Kopelev (DSK-1) are involved.

Karamzin won the cases against them for total amount about 15 Billion Roubles. The lawyer represents that one of the FSS Colonels met him and “recommended” to lose the case at Moscow Arbitration Court where the lawyer wanted to prevent Voronin and Kopelev to initiate fraudulent transaction on companies sale. The Colonel allegedly passed Dorofeev’s messages.

He was advised to leave Russia and the lawyer followed the advice. But shortly before the court hearing he returned back and was taken into custody by FSS officers.

He considers he became a victim of provocation of the officers of Department “M” of FSS of Russia. Karamzin is convinced that the story with Blotsky will collapse in any court. The lawyer considers that the aim of the security officers is to derail the case on the claims to Kopelev and Voronin and help them save 15 Billion Roubles.

Arbitration proceeding with the developer is carried out by Kithia Limited defending the interests of Canadian investor Mark Richards. Prior to the next sitting at arbitration court Richards was recommended to withdraw the claim. According to Karamzin, the security officers stated he would never get out of the jail alive if Kithia Limited fails to renounce their claims. Richards instructed to withdraw the complaint against Kopelev. Fearing the pursuit of the security service officers Richards left Russia.

Karamzin is of the opinion that the security officers punish him in order to show the business where serious monetary issues must be resolved. He is confident that the security service officers are trying to take all significant financial flows under own control.

This is not the first scandal associated with FSS officers. Recently, assets totalling 12 Billion Roubles had been found with the Service Colonel Cyril Cherkalin heading the 2nd “bank” department. He was “sharing” the property with his subordinates.

All this demonstrates that a major shake-up takes place at the FSS. And the society could just guess the scales of real turnovers of the security officers’ criminal business.

Attn..: the President of the Russian Federation, V.V. Putin

from Karamzin Kantemir Feliksovich arrested at the remand centre No. 8 of the Main Directorate of the Federal Penitentiary Service for the Moscow Province

I am forced to ask the President of the Russian Federation for support as your “favourite” – as he describes it – FSS General Aleksey Dorofeev kills me with immediate participation of his personal minion Colonel Sergey Natarov.

Unfortunately, I am not fearless hero and am scared to openly give the names of almighty security officers, but I have no choice – they are killing me.

I am an ordinary person, same as you, Mr Putin, I was born in the USSR on 7 October in an ordinary family of an officer and a teacher. I grew up in a military camp and then went in for the law. I did not work as a public officer. I did not steal public money. I have no real estate abroad, neither do I have passports of other countries. Family. Kids as many of us have.

I have been working in Russian courts representing the interests of my clients for almost 30 years.

I have been dying in prison since 12 April, where I was escorted from a hospital room with a large convoy consisting of FSS officers not below a Major.

Such “great honour” to me is done because I dared to disturb financial interest of FSS General Aleksey Dorofeev.

Aleksey Dorofeev acts insolently and cynically against the order of two citizens of the Republic of Malta, billionaires Voronin and Kopelev (real name is Glukhman).

Dorofeev uses Oleg Blotsky – the author of the first biography of the President of the Russian Federation Putin V.V. – as an official cover for my arrest.

Mr Putin, trust me, I am not a bad lawyer. I know, understand and love the Law and I was rendered speechless how disparagingly easy this profiteer destroyed my life and thrust me into jail hiding under the shoulder marks of the FSS officer and acting in his own commercial interests.

Here he is slowly killing me every day with no legal grounds.

The fact of the matter is that I won numerous judicial disputes against the abovementioned Maltese billionaires defending the interests of my client – Canadian business man Mark Richards – who has been working in Russia since 1992.

In the end of February, the FSS Colonel Natarov S.V. called me for a meeting at a restaurant and during the private talk passed me ultimatum that allegedly was originating from Dorofeev.

According to Natarov, his superiors demanded me to lose the case at the Moscow Arbitration Court, where I demanded to forbid Voronin and Kopelev to split AO DSK-1 into five small firms and sell the enterprise in small parts.

During the same conversation Natarov “in a friendly manner” recommended to leave Russia, what I did.

I spent about a month abroad. I wrote and called Natarov, but failed to get explanations about my fault in relation to Russian FSS.

On 9 April, naively believing in my legal knowledge and national justice I returned to Moscow. It turned out this was a silly act as I thought that the times when a person could have been imprisoned and put to death in a snap of a finger of an officer of NKVD (People’s Commissariat of Internal Affairs) bite the dust.

On 10 April, I was taken into custody as per personal instruction of Dorofeev A.N., I was arrested at the entrance to the courtroom of the Moscow Arbitration Court, where the case to prohibit Voronin and Kopelev to split DSK-1 into small parts should have been heard.

As an official occasion for my arrest Investigator Kadyrov brought the charge that in 2007, i.e. over 12 years ago, I have allegedly forged the signature of Oleg Blotsky on a loan agreement.

Kadyrov represents that by forging the signature I have convinced the courts of all instances including the Supreme Court of the Russian Federation to deliver a decision that Oleg Blotsky owes me large sum of money.

The scent of spice here is not only in the name of investigator.

Actually, Oleg Blotsky is a worldwide famous journalist, who wrote the first biography of the second President of the Russian Federation V.V. Putin in 2001.

It would be amusing if it were not so sad.

The mountain has brought forth a mouse!

The above means that in order to organise my detention a department of FSS headed by General Dorofeev developed insignificant version with forging the signature based on which they wiped out their boots with my life.

General Dorofeev A.N., being absolutely serious on his occupational title, represents that 12 years ago, being reasonable and experienced lawyer, I have picked a world-famous journalist, personal biographer of the President of Russia as a victim.

According to the version developed under the supervision of Dorofeev A.N. I failed to find a richer and less famous person and forged Blotsky’s signature on the loan agreement; what is more unbelievable that “silly” courts of the Russian Federation turned to be helpless in front of such primitive counterfeit and decided in my favour by mistake.

This is what accusal reads.

Dorofeev considers it possible to correct the mistake with Kadyrov’s hands.

My client Mark Richards was forced to leave Russia. Having pushed all his matters he is waiting with fear for the results of the execution of his lawyer.

Dear President of the Russian Federation!

He is not supposed to get involved into a commercial dispute – this is not an issue of the safety of Russia, this is his personal interest!

The issue of forging the signature on the loan agreement raised between two persons in 2007 is not the question of competence of the FSS of the Russian Federation!

Dear Mr Putin, I did not forge the signature of your first biographer in 2007.

Please release me from jail.

I feel very bad and just want to die among my kids and my family.

I learnt the lesson – one should not pursue the protégé of General Dorofeev A.N.

With the tears in my eyes, I acknowledge and realise that whatever methods we – all the citizens of our country, including me and you, dear Mr Putin – employ to do “what is best”, unfortunately the tragedy of absolute power of 1917-1937 fanatics guilty in the death of millions of innocent people repeats as a farce as per the law of historic development as a mayhem of their successors turning into profiteers, primitive profiteers of justice.

Please excuse me for repetitions.