Any Practicing Lawyer Can Be Imprisoned in Our Country 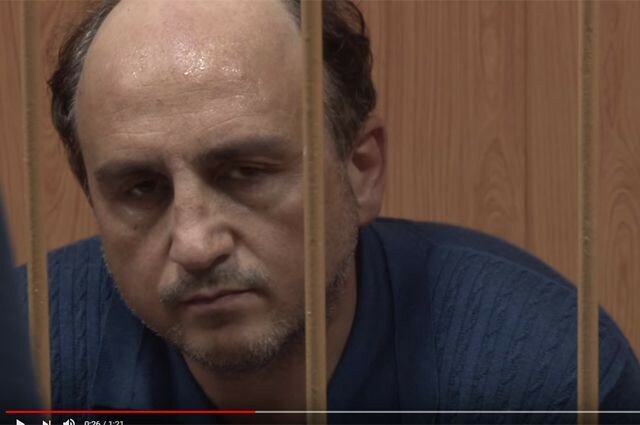 It became known that arrested legal expert complained about illegal actions of FSS staff shortly before the court appointed to 25 July to consider the prosecution’s request to extend the detention of the famous arbitration lawyer in remand centre for three months – until 27 October 2019.

Last provocation against the lawyer was recorded a few days ago that is reflected in the K.F. Karamzin’s “Crime Incident Report” c/o acting Chief of Remand Centre No. 8 Kamardina Ye.N., Military Criminal Investigation Division under the Investigative Committee of the Russian Federation and the Internal Security Inspectorate under the FSS of the Russian Federation (registered in the remand centre No. 8 logbook ref.: 0643 dated 20 July 2019). The lawyer informs that on 19 July, during the visit of FSS officers introduced as FSS Major Ushakov and FSS Colonel Ivanov (names might be fictional) beat him and expressed offences, blackmail, extortion and threats of homicide. The report reads that a high ranking official Karamzin was offered to talk to, promised in an insulting manner that Kantemir would “perish in the jail”, he “would be sentenced to 17 years and 6 more accusations shall be added” if he does not withdraw the complaints to DSK-1” – Sobesednik reports.

It is worth reminding that the lawyer was arrested by FSS officers as per the accusation in large scale fraud under a private dispute on money debt of writer Blotsky, who borrowed from Kantemir Karamzin $200 thousand and never repaid it. The lawyer was arrested against Blotsky’s statement that the signature on one of the loan agreements is forged (it not his signature) notwithstanding the fact that Karamzin won this case in the courts of all instances including the Supreme Court of the Russian Federation, who continuously examined all the evidences including signatures under this case. This is confirmed by legally effective court decisions, Sobesednik informs.

Meanwhile, both the lawyer and his lawyers are confident that the case on “Blotsky’s debt” is a reason for arrest and real reason is that Karamzin allegedly rejected the proposal of high-ranking FSS representatives to lose arbitration proceedings. As “Rosbalt” recently reported, Karamzin represented the interest of prominent Canadian entrepreneur Mark Richards, who has been investing into Russia for 27 years. In particular, Richards was a partner to Vladimir Kopelev – the owner of large construction company DSK-1. As “Nezavisimaya gazeta” informs, short before arrest, Kantemir Karamzin won a number of cases against Kopelev totalling about 15 Billion Roubles – CHF241 million with interests accrued for the time of utilisation of Richards’ money considering inflation and modified market price of the company and affected the interests of other famous developer – the owner of FSK Lider – Vladimir Voronin. The lawyer is of the opinion that in order to not repay the creditors’ debts Kopelev and Voronin decided to take the enterprise apart and bankrupt it. Karamzin and Richards stopped splitting the enterprise through legal action. According to “NG”, after this the representatives of Moscow Department of FSS allegedly demanded Karamzin to lose the case on DSK-1 at Moscow Arbitration Court. The lawyer was arrested by FSS officers right before the sitting of Moscow Arbitration Court on this case.

“During his staying at the remand centre Kantemir Karamzin was not interrogated once, – Infox.ru informs. – No powerful evidences have been furnished.

The defence insists that the investigators intentionally delay the process as they clearly realise utter futility of the case that will inevitable collapse in the court. Neither Blotsky, nor the witnesses have been interrogated. Handwriting expertise that was a condition to extend the arrest in May was not performed. According to Karamzin’s lawyer the case in respect of the former is of “contract” nature.

“They have tried to establish unbearable conditions in the ward for Karamzin suffering from diabetes and other serious deceases … The prisoner regularly receives the threats of violence and physical attack. It is evident that everything is done to ensure that a person collapses and waives the charges against DSK-1 before the court. Suspended sentence is promised to the lawyer in exchange”, the title represents.

Due to the above many mass media recently draw parallels between “Karamzin’s case” and “Magnitsky case” considering the new international sanctions may be charged to Russia if the lawyer dies.